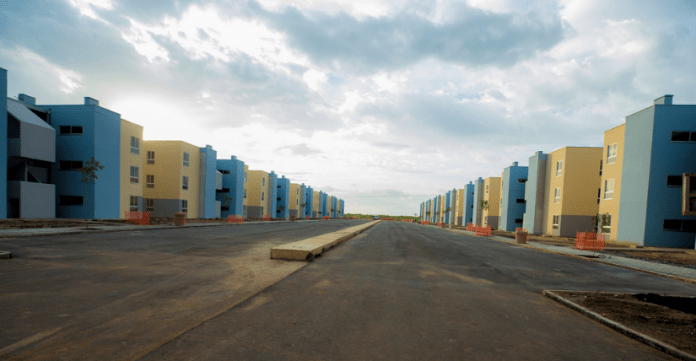 In an ironic twist of facts, Ghana is currently experiencing a housing surplus, but many citizens cannot afford decent housing. Since 2010, Ghana has been tagged as experiencing a housing deficit of 1.7 million units, but industry players believe the deficit could be more as the country’s population has increased since then.

However, present trends show that the probable increase in deficit may not because of an increase in population but due to the inability of citizens to afford houses.

Although the constant cry of the lack of housing has attracted many investors to the housing sector, the construction of several flats, apartments, estates, detached and semi-detached buildings has not been matched with an equal rate of occupancy, the Ghana Real Estate Developers Association (GREDA) has stated.

Affirming that there was a surplus in housing, he said some people were buying housing properties because they saw them as worth investing in, but sales had slowed down because “you wouldn’t want to buy properties people don’t want to occupy due to their high cost.”

His assertion was echoed by some staff of the State Housing Company (SHC), who exhibited at a Sanitation, Water and Construction conference and fair held in Accra. They said although the SHC had projects in all the 10 regions in the country, the rate of occupancy was just about 60 per cent, meaning that not all of its flats, detached and semi-detached dwellings were being occupied.

Currently, the company’s two-bedroom Rowi flats are going for GH¢253,000, while three-bedroom apartments on the same flats cost GH¢310,000.

The SHC, which was established in 1956 to develop affordable housing units for Ghana’s population, currently has a total of 94 housing estates, with about 32,000 dwelling houses across the nation and being managed by the company through an operational structure which groups Ghana’s 10 regions into five zones – Greater Accra, Ashanti, Northern, Western and Eastern.

The Greater Accra and Western zones boast 27 estates each – the largest, followed by Eastern with 14 estates in Koforidua and Ho, while the Northern zone made up of Tamale, Bolgatanga and Wa, as well as Ashanti made up of Kumasi and Sunyani, have a total of 13 estates apiece.

The reason for the low to moderate rate of occupancy is the high rent and cost of most of the buildings put up by both the SHC and private estate developers, investigations by the Daily Graphic have unearthed.

While it does not require a trained eye to notice the springing up of new estates, flats and beautifully designed buildings in Accra and other major cities in the country, it is their prices that have scared prospective house owners.

Current prices of apartments, mostly quoted in dollars in view of the unstable exchange rat